Renault and Nissan look to reshape alliance By Reuters 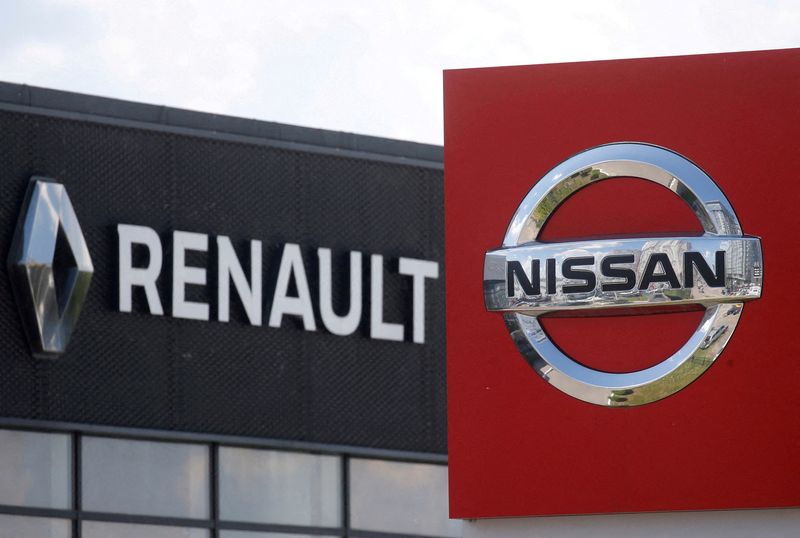 PARIS/TOKYO (Reuters) – French carmaker Renault (EPA:) and its Japanese partner Nissan (OTC:) are closing in on an overhaul of their automaking partnership, in what could mark a sweeping reset of their two-decade alliance.

The partnership, which has grown to include junior member Mitsubishi Motors (OTC:), was founded in 1999 and long dominated by former Renault and Nissan top executive Carlos Ghosn. It gave Nissan a 15% stake in Renault, on a par with the French state, but no voting rights.

By contrast Renault – which at the time was rescuing Nissan – took a 43% holding in its Japanese ally, giving the French a dominant role which has long been a point of contention.

The alliance was thrown into turmoil following Ghosn’s arrest on financial misconduct charges in late 2018 and his subsequent ouster as alliance chairman. The following is a timeline of key events in the alliance’s history. 1996Ghosn joins Renault as executive vice president as the firm struggles with falling profitability. The next year, he unveils a 20 billion franc cost-cutting plan, reviving his reputation as “Le cost killer”. Renault’s profitability jumps three-fold by the end of 1998. 1999Renault in March comes to the rescue of debt-laden Nissan, which had lost money for three years in a row. Ghosn reveals his “Nissan Revival Plan”, targeting a return to profitability in the 2000 financial year.

After cutting 21,000 jobs, or 14 percent of the workforce, shutting some plants and overhauling Nissan’s corporate structure, Nissan hits its goals a year ahead of schedule. Ghosn is feted as a business celebrity in Japan.

2000Ghosn becomes CEO of Nissan. By the end of 2000, Nissan is contributing roughly half of Renault’s annual net profit, a situation that largely continues to this day. 2002Nissan announces its “Nissan 180” three-year plan, targeting an increase of 1 million vehicles in global sales by 2005. 2005Nissan misses its sales target, and announces a new three-year plan. Ghosn becomes president and CEO of Renault. 2008Nissan again fails to meet its main financial targets. The automaker announces another five-year plan but then scraps it due to the financial crisis. 2013

Renault and Nissan announce a common plan for low-cost development and manufacturing of vehicles. The next year, the two groups converge more…