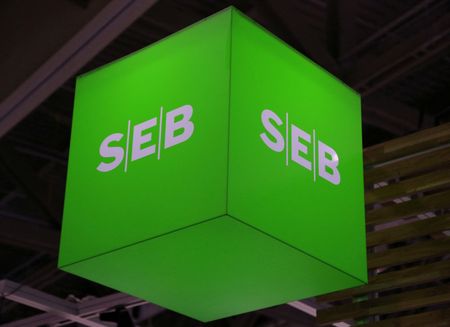 Surging inflation, in part due to the energy crisis stemming from the war in Ukraine, has seen central banks crank up rates, boosting banks’ interest income while the financial pressure on households and businesses has yet to translate into painful loan losses.

Net profit at Sweden’s top corporate bank rose to 7.43 billion Swedish crowns ($728.8 million) from 6.20 billion a year earlier, beating a mean forecast of 7.15 billion in a Refinitiv poll of analysts.

“Nevertheless, savings buffers built up during the pandemic contributed to surprisingly resilient demand and consumption, while labour markets remained strong.”

SEB, which is the first of Sweden’s top banks to lay out results for the final quarter of 2022, reported interest income, which includes revenue from mortgages, of 9.72 billion crowns, up from 6.72 billion crowns a year earlier and above analysts’ expectations of 9.49 billion crowns.

SEB proposed raising it annual dividend to 6.75 crowns per share from 6.00 crowns, higher than analysts’s estimate of 6.23 crowns.